The largest group of Swan Owners in the World 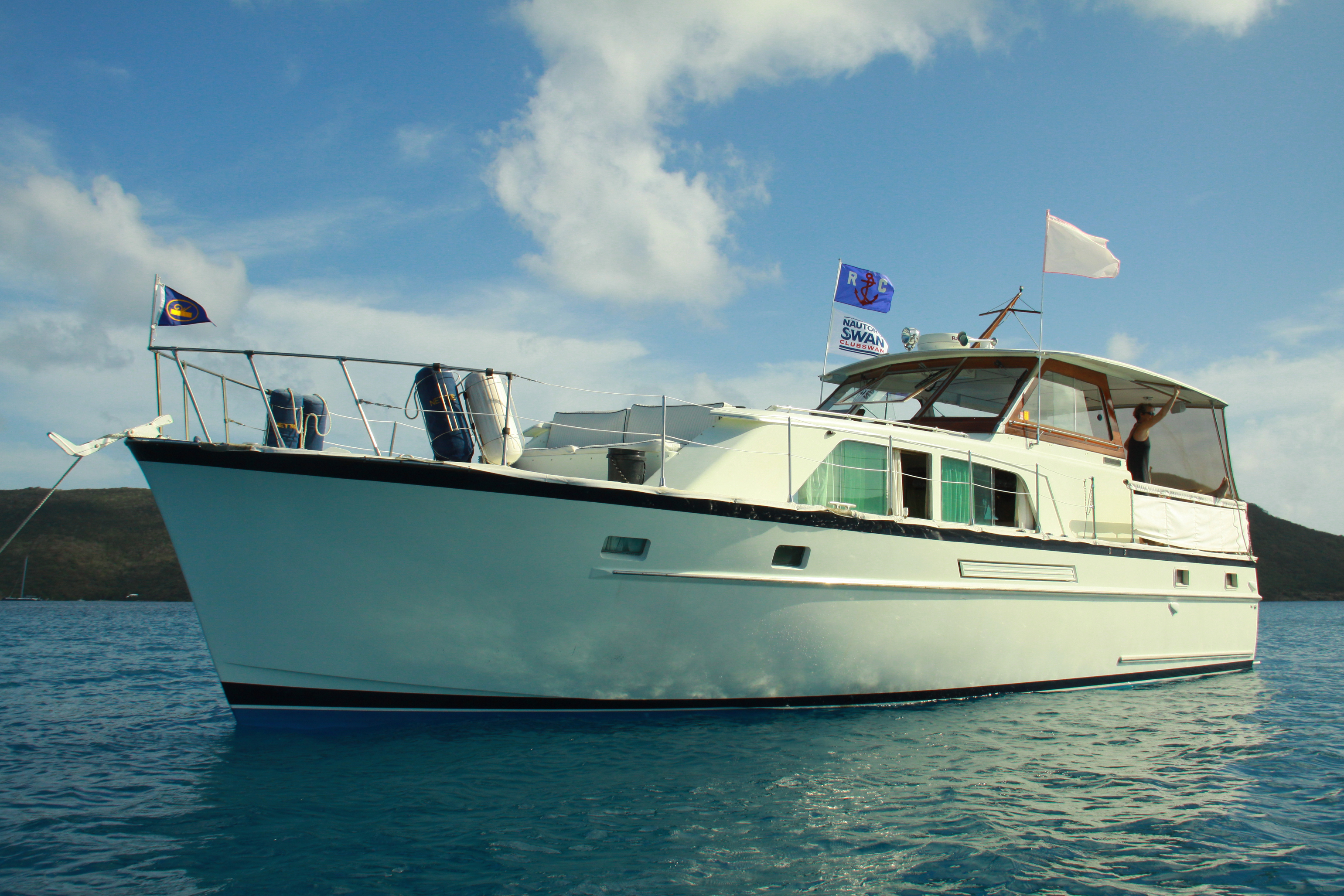 1. RULES.. The regatta will be governed by the rules as defined in The Racing Rules of Sailing for 2013-2016

1.2 If there is a conflict between languages the English text will take precedence.

2.1 Scratch sheets will be available at registration and will show the rating for each yacht in both racing and cruising configuration.

2.2 The race committee will broadcast each race day morning on VHF Channel 71 at 0900 hours (Morning Broadcasts) the starting location and approximate finish location for that day’s race. This broadcast will be repeated at 0930 and again before the start of that day’s race.

3.1 Number of races: There will be one race per day.

4. CLASSES…. The fleet will race as one fleet; however the configuration (class) will be defined as racing or cruising. The racing class will not have any sail limitation. The cruising class is limited to main, one genoa and a mizzen (if appropriate). The cruising class will not be permitted to fly any sail forward of the main whose luff is not continuously affixed to forestay.

5.  RATINGS…. The rating system used for this regatta will be based on Caribbean Sailing Association (CSA) ratings. If a yacht doesn’t have an “official CSA rating” they can either obtain one or the race committee will endeavor to develop one. A scratch sheet will be emailed to each participant before the opening party on Monday, March 17th and will be redistributed at the party. Ratings assigned by the committee are NOT subject to protest. The fleet will be polled each day as to the configuration they will use for that day’s race. Daily designations of racing or cruising cannot be changed after the warning signal.

7. THE COURSES…. The course will be announced during the “Morning Broadcast”.

8. MARKS….Marks are land masses, government marks, a yellow tetrahedron or a vertical staff attached to floating ball with a Swan flag at the top (the PIN).

8.1 It is anticipated that the warning signal will be at 10:00hrs all racing days except Tuesday, March 18th that day the start will be 11:00hrs. If a postponement is likely the race committee will announce their intentions during the morning broadcast.

8.2 All races will be started in accordance with Racing Rule 26 with a five minute sequence. There is one start for the fleet.

8.3 The starting line will be between a staff displaying a red flag on the signal boat at the starboard end and a nearby yellow tetrahedron or PIN.

8.4 Any yacht OCS (on course side) prior to her starting signal will be hailed by the race committee on VHF channel 71. Failure to make a broadcast or to time it accurately will not be grounds for a request for redress. This changes rule 62.1(a).

9.1 The finish line will be between the race committee boat displaying a red flag and a nearby yellow tetrahedron or PIN.

10.1 For all classes rule 44.1 is changed so that the Two-Turns Penalty is replaced by the One-Turn Penalty.

10.2 Any yacht taking a penalty will notify the race committee on VHF channel 71 that she has taken the penalty as soon as possible after completing her turn.

12. PROTESTS AND REQUESTS FOR REDRESS..

If a vessel intends to protests another vessel she will notify the race committee on VHF channel 71 as soon as possible after the incident causing the protest. The notification will include their name and the name of the vessel being protested.

12.1 For each boat, the protest time limit is 30 minutes after the their finish..

12.3 Protest forms are available from the race committee signal boat. Protests and requests for redress or reopening shall be delivered there within the appropriate time limit. Hopefully there will be no protests.

12.4 Decisions of the protest committee will be final as provided in rule 70.5.

13.1 The scoring system will be based on low point scoring as defined in the Racing Rules of Sailing 2013-2016. Each yacht will be awarded point(s) equaling her finish position in each race. The yachts total points will be complied at the end of the series.

Official boats will be marked with Race Committee Flags and a Jamestown Boat Yard flag.

Boats shall not put trash in the water.  Trash must be placed on shore in appropriately marked containers.

All VHF transmission will take place on channel 71 for all classes. The race committee will endeavor to be a “friendly” race committee by informing all competitors of their intentions before signaling selected courses, shortened courses, delaying starts, etc.

Prizes will be awarded to competitors placing first through third each day. Our sponsors have been generous to provide the following awards:

Tuesday……... Race Around the Dogs..sponsored by Tico

18.1 In Saturday’s race is sponsored by Pantaenius.  The Pantaenius award will be presented to the yacht with the best elapsed time.

18.2The fleet in Saturday’s race will be divided into Racing and Cruising Classes. Berthon will present awards for yacht’s finishing first, second and third in each class. The Bitter End Yacht Club maintains a perpetual trophy for around Virgin Gorda. It will be awarded to the yacht with the best corrected time.

Competitors participate in the regatta entirely at their own risk. See rule 4, Decision to Race. The organizing authority will not accept any liability for material damage or personal injury or death sustained in conjunction with or prior to, during, or after the regatta. All participants MUST sign

the “Release of Liability Statement” attached to these sailing instructions.

Each participating boat shall be insured with valid third-party liability insurance company with a minimum coverage of $1 million of liability coverage.